So, many people see me and will wonder how the hell I went from the party girl, to a married woman overnight, actually, most will be confused as to when the hell I even had an exclusive boyfriend? The answer is, I didn’t! I did the most spontaneous, cliche thing and married my best friend…like literally.

Sooo many people ask me the same questions, how did we meet, where, how did we get together etc. Etc.
So where to begin? Well firstly, my husband/best friend goes by the name Mihai. As to be expected we met at the gym!! Yep, that’s right, the same gym where all my bodybuilding previous selfies are taken! (He funny enough has many selfies taken at the gym too) so quite obviously we were just meant to be right? Or not quite.. As the story goes, I’d been going to the gym for ages, many hours a day and become quite aquainted with other gym members, so the occasional hi and bye was always thrown about daily. Except for with this one guy, who seemed to be soo disinterested in anything except himself, and well to be honest seemed more like an A-hole more than anything. I of course ended up developing a crush on him.. Well to speed up the story we finally ended up meeting and becoming the bestest of friends, for about a year, and the next thing I knew was, a sleepover turned into me moving in with him, and the next thing I knew my best friend was down on one knee with a ring! Of course I cried and said yes!
Well the big white wedding which is still in planning in progress will be in 2016, however, we did have a pretty big party and a civil marriage ceremony which was amaze, and was one of the most beautiful and happiest days of my life.
So yes, choco tip of life: I would advise if the option ever arose, to do the cliche thing and marry your best friend. 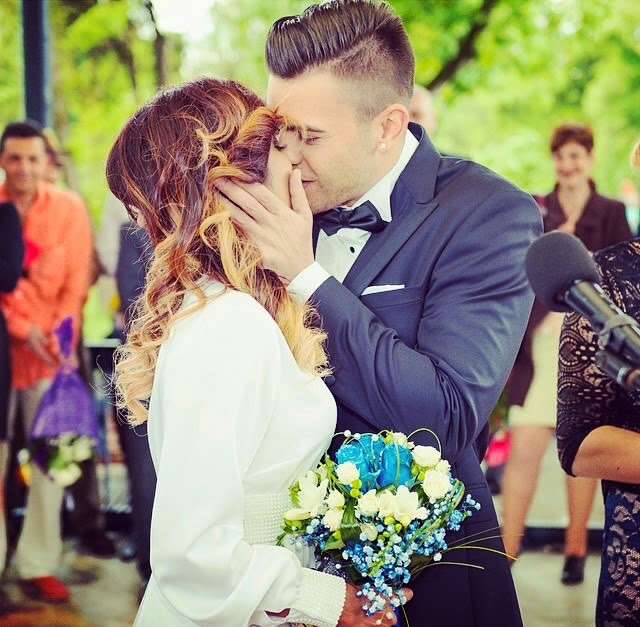